Our Vegas Views package is often used for engagement shots. Frankly, it’s perfect for them. :) Way back in February of this year, Lisa and Andrew had recently moved to Vegas and came to me to get some ‘Vegas style’ shots for their engagement session. One problem, Andrew wasn't a big fan of photos. Challenge accepted! It turned out to not be much of a challenge at all, our Vegas Views is designed to be fun and painless as possible and they were fantastic. But the true testament came at the end of their shoot. Andrew said, not only did he enjoy his time, but they were the best photos he’s ever taken and I was now his photographer FOR LIFE! They then informed me that their wedding was going to be in San Diego, not Las Vegas. No problem! Yup, it’s time to take this show on the road! Cali road trip!

This was an all hands on deck kind of wedding. They were looking for photography, videography AND a photo booth… all down in sunny San Diego. You got it! We packed up the gear and headed south. We got there a day early so we could scout locations and put together a game plan. This one was going off without a hitch. After meeting with the friendly staff at Torrey Pines Christian Church in beautiful La Jolla, we stayed for the rehearsal. The bride & groom were both so calm and collected. Andrew especially always has a cool demeanor to him, nothing can faze him (he didn't even sweat when the limo was a no show on the wedding day, eeek!) And Lisa, you couldn’t wipe the smile off her face if you tried. She was beaming. They are an amazing couple and I couldn’t wait to watch them walk down the aisle. After a little bit of sightseeing, we all called it an early night and got some rest for the big day.

Once the morning came we sprang into action. While Tyge was setting up multiple video cameras at the church, I ran to setup the photo booth at The Palms Banquet Hall & Restaurant where the reception would follow later. I doubled back and began shooting the bride’s preparation shots. I often get to see the look of happiness in the groom’s eye when he sees the bride for the first time, but I rarely get to experience that moment of awe for myself. When I walked in the room for the first time, she truly looked like a fairy princess. I was half expecting to see cartoon birds helping to put the veil on.

The ceremony was inside the stained glass adorned chapel at Torrey Pines. Being from Las Vegas I rarely get to see a venue this gorgeous. No offense Vegas, but everything looks like it’s in a shopping center. Afterwards, we brought the entire wedding party and every guest out to the front courtyard for one big group shot. I love finding new ways to document every wedding attendee. This was the perfect way to not miss a single person.

We then made our way back to The Palms, the reception was just as fairytale as the ceremony, full of teal lights and crystals. And, of course, the photo booth was a huge hit. The trend for the night at the booth was photobombing the group that went before you on their fourth photo. It made for some hilarious photo strips. The only thing that truly bummed me out about the entire evening, was when it was over. Working with Lisa & Andrew has been such a pleasure, I really wish they could get married every weekend. ~ Mike 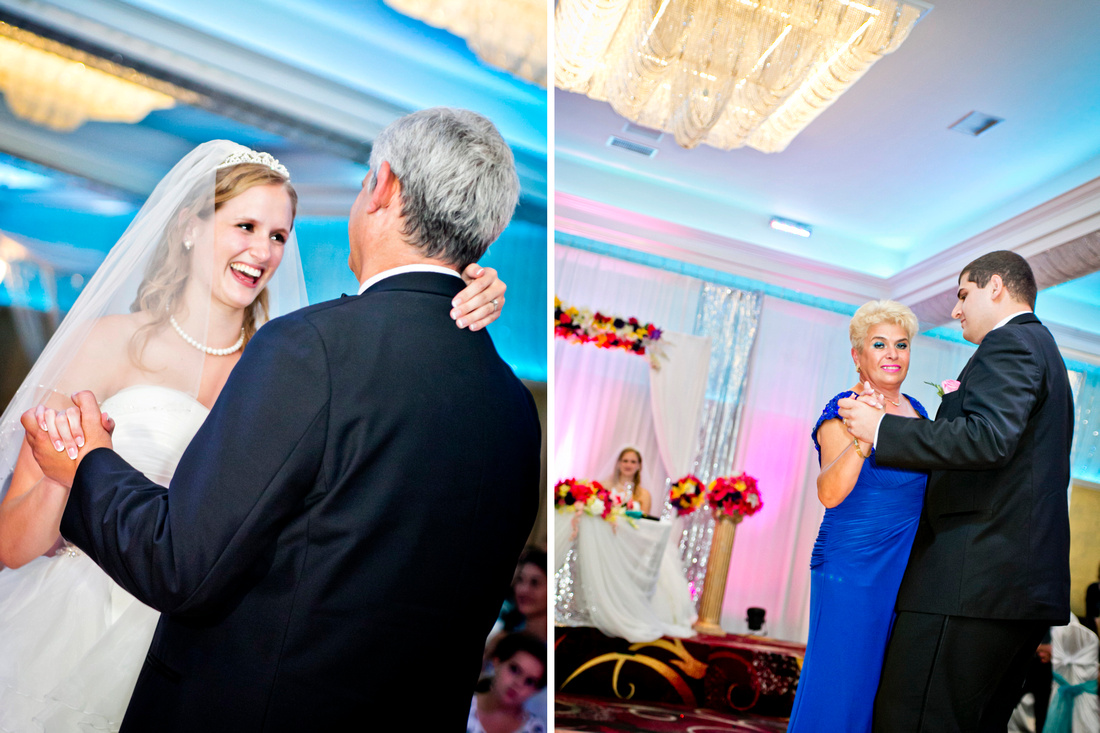 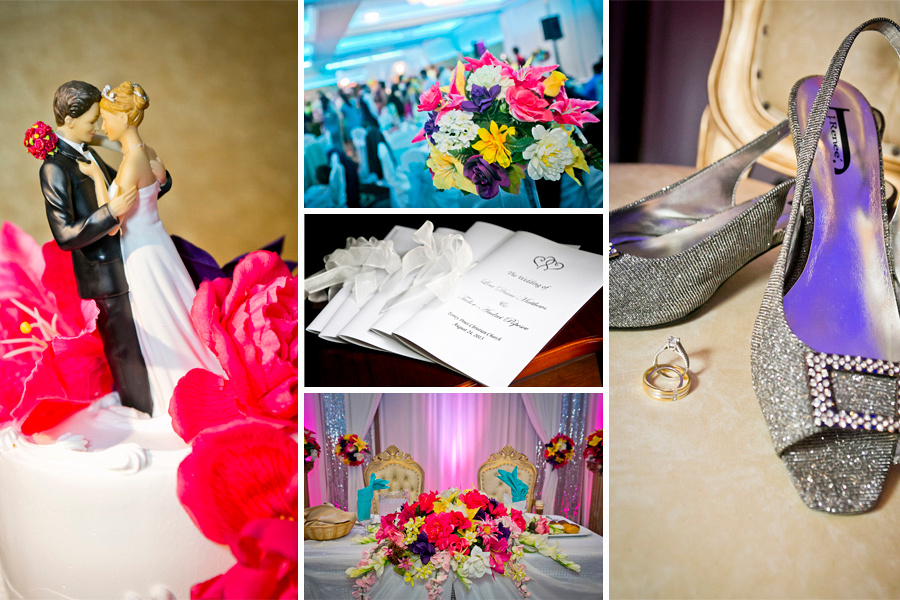